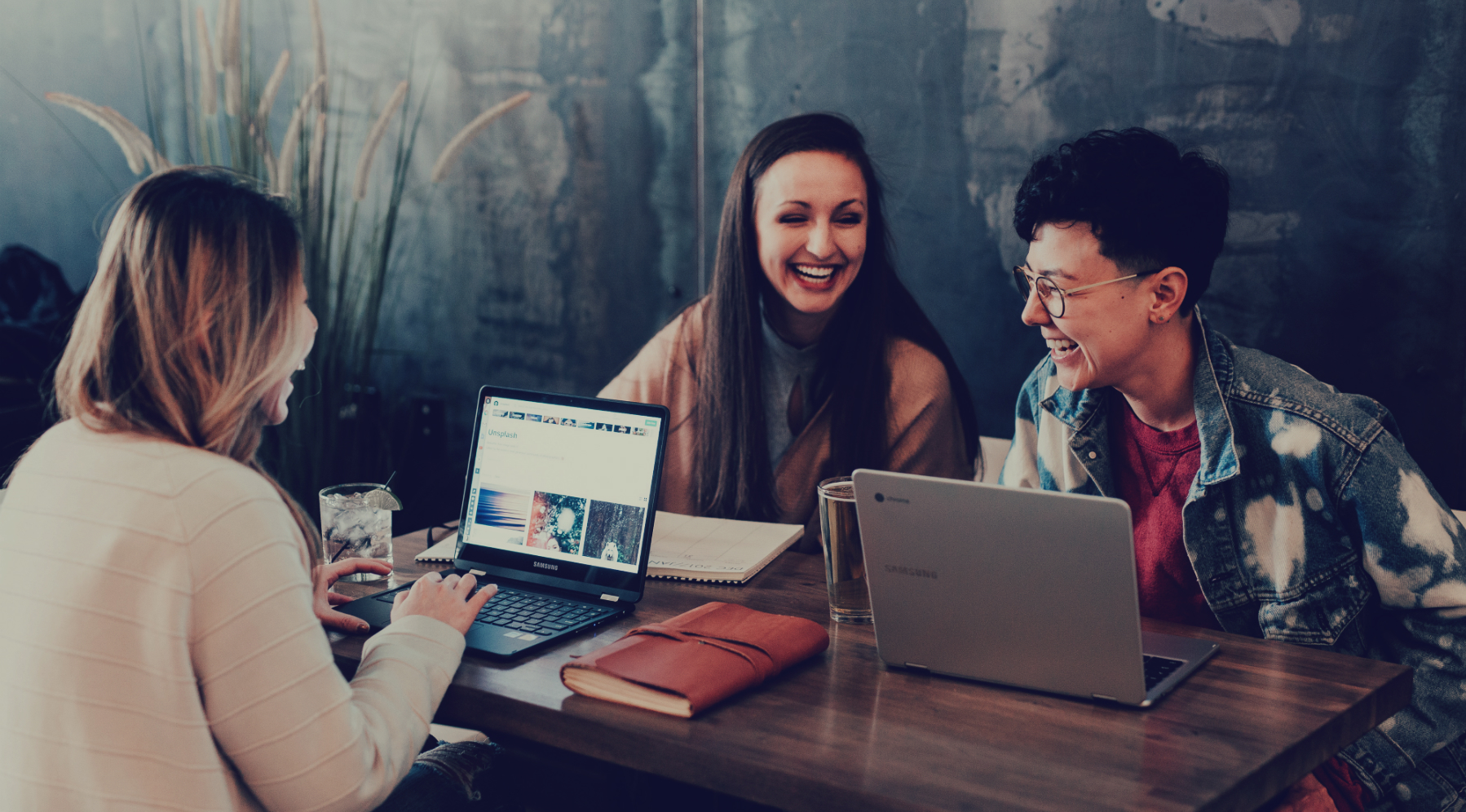 Learning through collaboration | The Co-Lab at Redeemer University

Recently, we had the opportunity to work with a group of college students at Redeemer University, where our founder Jen Kelchner remotely led a collaborative ideation lab for the University’s Core Capstone course. During this session, we helped the students through a process of thinking outside the box. The process outcome resulted in multiple creative problem-solving breakthroughs.

The University’s Core Capstone course is an experiential learning course where teams of students from various disciplines collaborate to complete projects for the community. In this case, the students we assisted were working on projects sponsored by CityLAB Hamilton.

There were 3 teams of students working on different community projects.

Team A was tasked with coming up with a searchable database for a city department. It seemed like a pretty straight-forward deliverable. Yet, the team was struggling to find a way to creatively address the problem.

Team B was asked to figure out why international students come to Hamilton, Ontario to study, only to leave once they graduate. The team discussed how they would go about gathering this data and the shape their report would take. However, they were overwhelmed by figuring out where to start to tackle the issue.

Team C needed to figure out how to use a concrete and glass entry to the downtown library in new ways. It needed to be welcoming to the community, which is an inner-city neighborhood. Again, the task was daunting and the team was stuck, struggling to figure out where to begin.

Reconnecting to ourselves + others

The students had no idea what the session would hold for them. They walked into the classroom to find colorful tape, large sheets of doodle paper, colored pencils, markers, and LEGOs in the center of each team table. The mood in the room immediately lifted, making it a great way to start the lab.

As the students already had identified problems before coming to class, we needed to launch into a strategy. One crucial strategy we use is to start with an ideal future model and then work backward to solve the problem. Each team was asked to think of how the future “felt” – not with emotions but words to describe the experience they wanted to come to life.

Each team was asked to think of how the future “felt” – not with emotions but words to describe the experience they wanted to come to life.

As they played with LEGOs and doodled with the markers, they slowly started to talk about the feelings that were being evoked by their projects. They quickly remembered how each of their project champions were excited as they spoke on the first day of class when presenting the challenges. This helped to motivate the students, as they remembered why they were working on the projects in the first place.

Team A began to jot down the ideas with a marker. Soon, the paper was completely covered with ideas. Then, they identified the themes that had emerged amongst the concepts. Excitedly, the team had already made their first breakthrough!

The breakthrough of the city database group was identifying barriers to the project. This made them think in a totally different way about how to develop their project so it will be of most use to the project champion.

Team B taped their sheets of paper to the wall. Taking turns, they each described what an ideal community would look like. Soon, they had a clear picture of what students were looking for as they graduate and find a community to settle in. Again, a breakthrough had been made!

The International Student group described being able to create a visual representation of what a flourishing city would look like. This was their breakthrough and it cascaded today into how they were developing their project plan.

Team C was stuck on the concept of what emotions their project should evoke. The team had an in-depth conversation, with even the quietest team members engaging. Ultimately, they realized the approach they had been taking to their project was all wrong. They recalibrated their approach and took off. Their breakthrough had been made!

The Library group appreciated the way you challenged them to think beyond the possibilities they had already discussed. Their site visit on Friday has helped to cement the approach they are going to take.

“One of the most meaningful breakthroughs noted after our session ended was that of a student who remembered how they learn. Upon touching a lego, her memories flooded back of how they learn through touch and excitement and ideation flowed easily from there.”, noted Jen Kelchner.

As we wrapped our time together and discussed exercise outcomes, the students excitedly shared what they learned – especially the unexpected lessons. A few weeks later, we checked-in with Professor Laurie Busuttil (Associate Professor and Chair, Business Program) to see what progress had been made. She graciously shared insights with us on the student’s perceptions of the process and the breakthroughs made.

While some students came into the class ready to hold their noses and just get through a required course, Jen’s ideation session excited them about working on their project.

Other students indicated that before the session, they felt overwhelmed and frozen by uncertainty. Afterward, they had clarity on the path for their project.

Additionally, some students were honest about having no idea where to start with their projects. Our lab’s step-by-step process helped them to relax and break the project down into smaller bits, which allowed them to feel less overwhelmed.

Subsequently, creative juices have been flowing ever since. Teams have been working well together and tackling tasks like experienced project managers. The light bulb moments are happening and the ideation lab was a significant catalyst in the entire process.

Opportunities to show that open classrooms – and specifically collaboration – works and works fast is something we live for! In an hour, a classroom of three teams who were not excited about their projects found new insight that connected them to a why and each other. They were able to accelerate their problem solving and apply empathy.

Hey, Redeemer University, we are excited to work with you again in the new year!