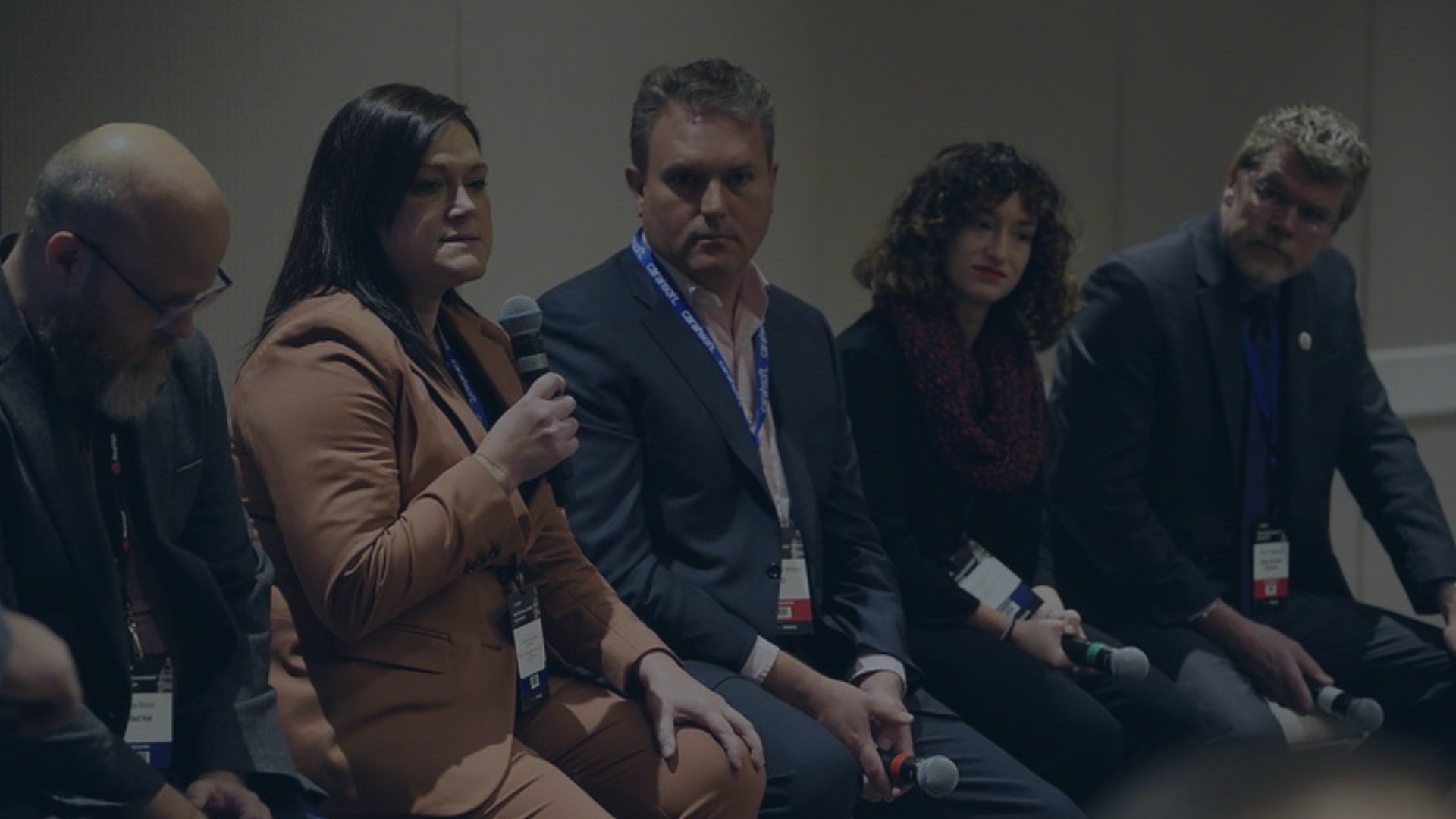 We had a great time last week at the Red Hat Government Symposium produced by FedScoop on November 12, 2019. Government technology leaders gathered in Washington, D.C., to talk about how open source is changing the way they build solutions and serve their citizens.

Ultimately, the conversations had one core theme – that of culture change. How do we define it? Where does it start? How do we do it? Who has resources for this? And so on.

LDR21 was grateful to have an invitation to this event and the opportunity to speak about culture change the open way. Our founder, Jen Kelchner, was a featured speaker on the panel A Government Leadership Guide to Culture Change.

During this panel, we “explored the often overlooked areas of building modern teams and leveraging modern processes to help drive the cultural change needed for modern government”. The panel was an amazing experience, as the entire room was engaged and excited for organizational change and improvement. 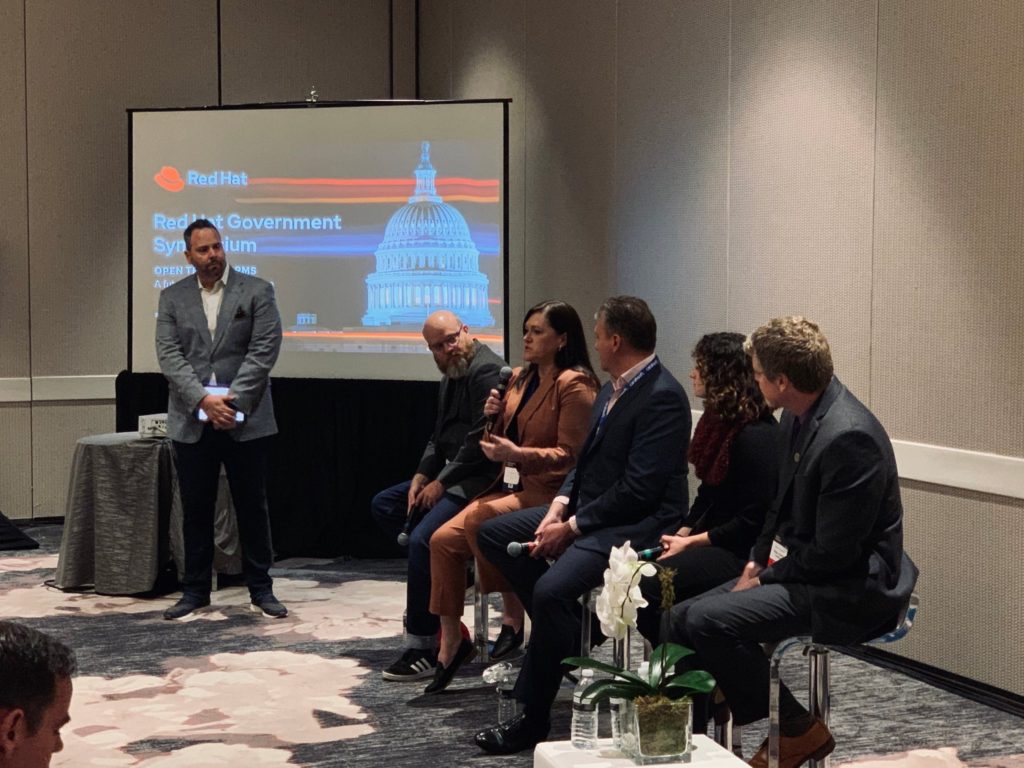 Aside from our panel, we are very grateful that we had the opportunity to experience the innovative speakers featured throughout the day. Let’s recap some of the notable moments we observed:

Dave Egts spoke about how communication patterns mimic software patterns and how culture change has moved beyond DevOps itself across government.

“Once culture change has happened then communication happens with ease as barriers are removed.” – Rob Brown (U.S. Citizenship and Immigration Services)

The Department Of Defense’s Andrew Malloy shared with us how in a very siloed environment like the DOD, they are approaching culture change by engaging teams from the earliest point possible.

Johnny Johnson of Cybersecurity and Infrastructure Security Agency stated that it wasn’t the shift in technology and tools that was difficult but rather Emotional Quotients and Culture. For them, collaboration is creating the needed shift.

As Red Hat CEO Jim Whitehurst took the stage, he shared his own experience on culture change as he entered the very open culture that Red Hat is known for. How over his tenure with Red Hat he believes that culture itself isn’t the problem but rather the challenges people are facing are due to an output of leadership, practices, processes, and management. How we lead and run our organizations is imperative to culture change. 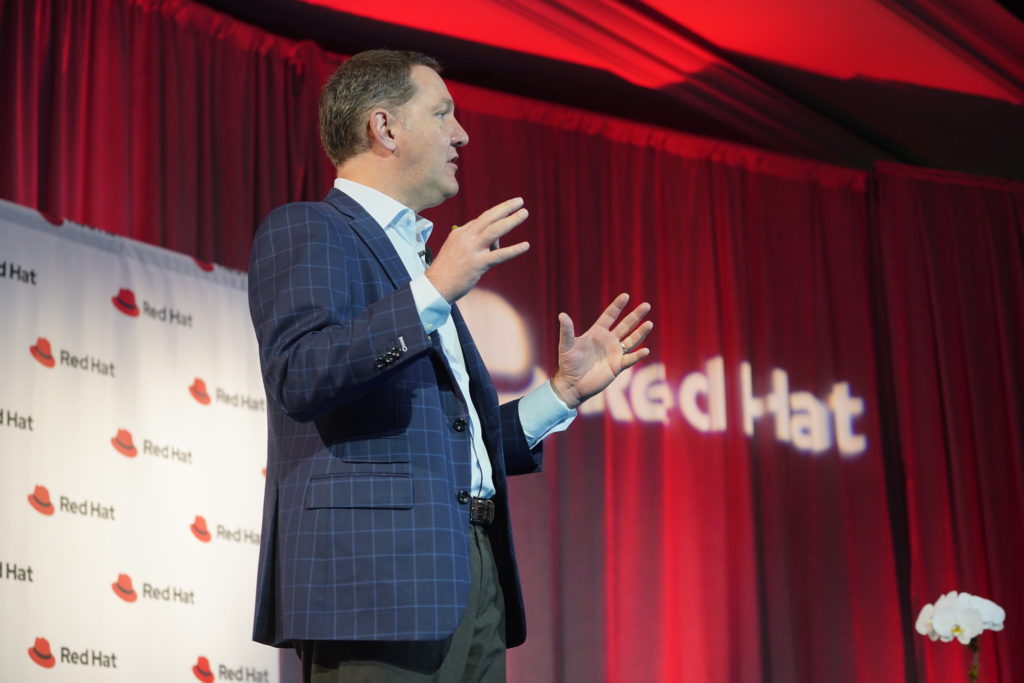 Jim went on to remind us that the management systems we use today were formed in a different era – the late 1800s. Over a hundred years ago, we were trying to solve the problem of coordinating activities in large groups of people. People who were doing rote tasks in a static environment with lower education levels and limited information. That is not where or who we are today entering into 2020.

We agree with our colleagues that culture change is needed and there is limited time to execute on change. While this may seem like a dire or overly dramatic statement, the facts continue to point to it. 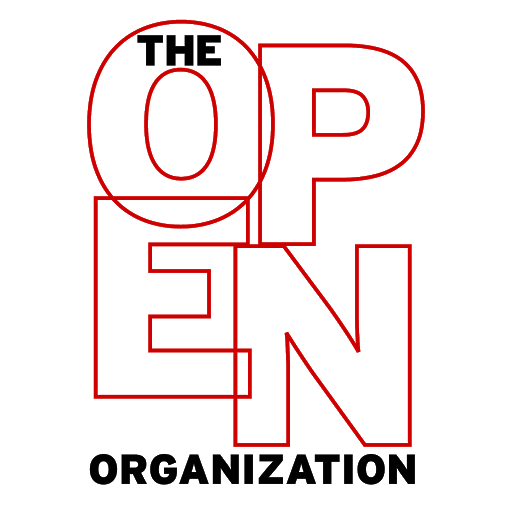 One of our biggest recommendations for improving your leadership processes and implementing open values into your culture is to visit The Open Organization. It is an upstream community of industry-leading professionals driving the global conversation on open culture and leadership. Our founder, Jen Kelchner, is a global Ambassador for this community. Here, you can find articles, information, and resources on your first steps in entering the Open Community.

Ready to take the next step? Learn more about our service offerings below.

TODAY! Join us in DC for the #RHGov19 Symposium to learn about the open organization and how identification and adoption of open principles can help you start, accelerate and improve the art of transformation. SEE FULL AGENDA HERE: https://t.co/7nYVIUebF2 pic.twitter.com/KPIBZqaCgl

“Tools were not hard. It was EQ and Culture Change. But it was collaboration that created change for me” – Johnny Johnson of @CISAgov #RHGov19 — LDR21 (@LabsbyLDR21) November 12, 2019

“Culture is not the problem. It is the output of leadership, our practices, processes, and management. How we run our organizations and lead is imperative to culture change.” – @JWhitehurst #RHGov19 pic.twitter.com/IzxiMegSE4