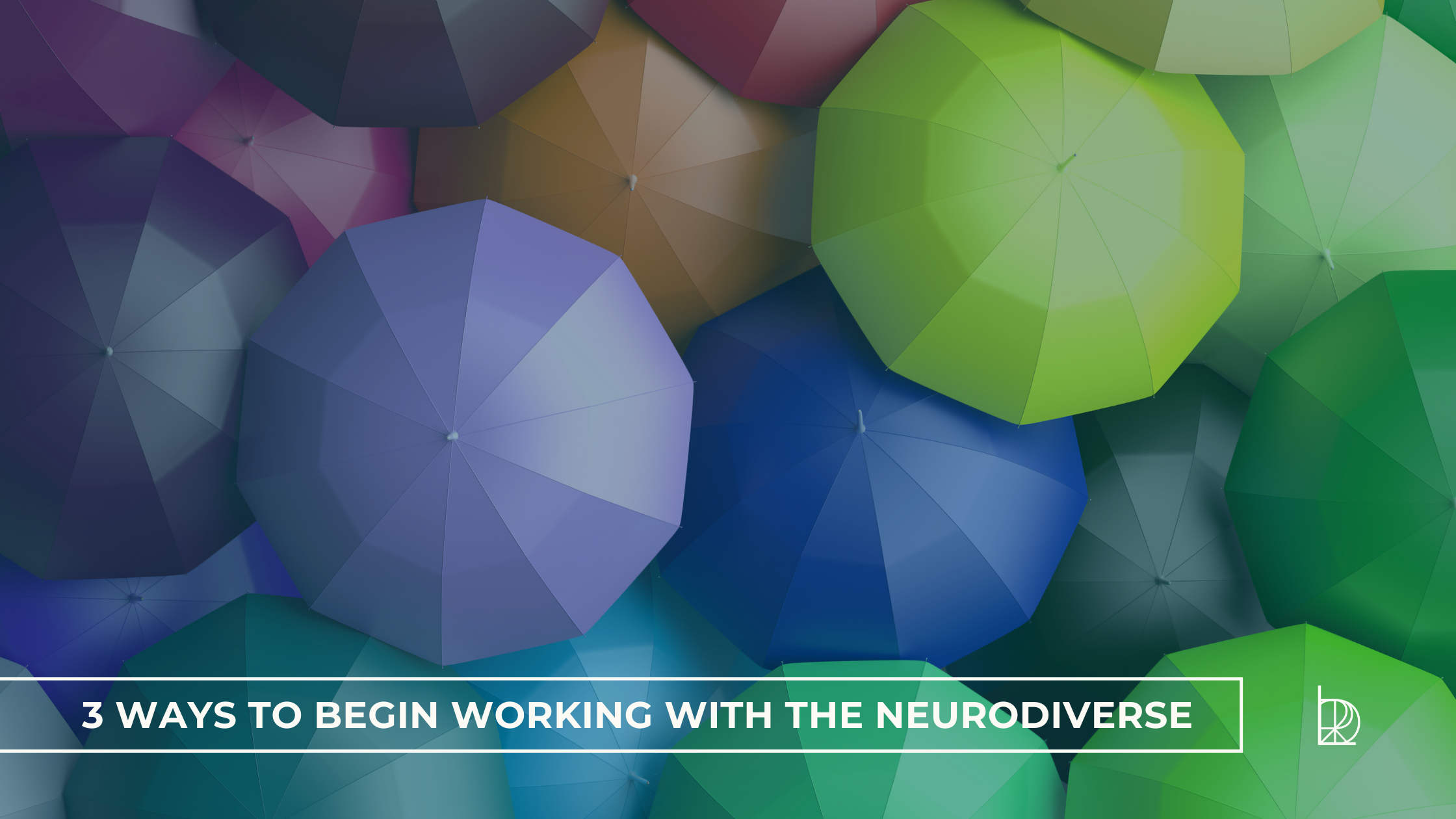 Three ways to begin working with the neurodiverse

Inclusivity and diversity in the workplace extend to cognitive diversity. It is past time to normalize those who think and create in unique ways and create space within our organizations for them to flourish.

Neurodiversity – you may have heard the term, or you may even identify with it. Across the world, people exhibit differences in individual brain function and behavior traits that are often regarded as ‘different’ or ‘unique.’ These traits can present themselves as a wide variety of things, but some of the common traits are those often seen in individuals with ADHD (Attention Deficit Hyperactivity Disorder), ASD (Autism Spectrum Disorder), TS (Tourette’s Syndrome), and others.

Neurodiversity, neurodiverse, neurodivergent, and neurodivergence are all umbrella terms that each have their own definition. Exceptional Individuals is a site that provides neurodivergent people with support in employment, and can better help us to understand each of these terms.

As a species, we are neurodiverse; but many people exhibit neurodivergence, making it harder to fit inside the mold of neurotypical standards. Many individual so-called ‘quirks’ and differences are looked down upon for not falling in line with the neurotypical status quo. Neurodiversity movements and communities across the globe are working against this idea, and are of the opinion that the neurological differences in neurodivergent people are a normal part of variation in the human population. In this context, it makes sense that in a world with over 7 billion people, neurological variations exist, and should be accepted as widely as other human variations. It’s time we focus on the strengths of those who process and think differently, rather than upholding an unfair expectation of “normalcy.” There is no best form of brain wiring, and each of us can contribute in various ways. So, how can we better understand those who identify as neurodivergent, and utilize their extraordinary skills in the workplace?

In a world with over 7 billion people, neurological variations exist, and should be accepted as widely as other human variations

There are very vague, long sets of skills and experiences required for jobs in the standard workplace. For those who are neurodivergent, this can feel as though they are unfit for most jobs. Providing detailed job descriptions and including only skills that are required in order to successfully perform in the position can help in becoming more inclusive to all. Additionally, many skills can be developed and learned over time, so considering this when listing a job position can attract more within the neurodivergent community. Rather than expecting potential employees to adhere to all standards and meet all requirements, provide opportunities for growth and development; in doing so, you may gain employees who go above and beyond in performance, especially those who are neurodivergent and able to tackle problems differently.

It’s one thing to simply promote neurodiversity within your organization, but to truly support and advocate for it means doing so through your words and actions. Include statements in your job listings, on your website, or even on social media that let others know you welcome neurodivergent individuals. Once you’re no longer excluding this large set of the population, you must then put it into action. There should be support in all departments for those who are neurodivergent, and employers should be educated on the topic. Promoting the idea of hiring any and all individuals, regardless of neurological background, is useless if the actual support inside your organization is lacking. Attempting to navigate a world that functions largely within ‘normal’ standards are difficult enough for neurodivergent people; trying to assimilate into the workplace is even harder. By representing true authenticity and being knowledgeable on the topic of neurodivergence, organizations can greatly expand their talent pools.

We all hold unconscious biases, whether we’re introspective enough to recognize them or not. In working with teams and in hierarchical settings, bias is bound to creep in. It’s fair to say that, in the hiring process, those who are the most similar to hiring managers tend to be favored. The misconceptions and judgments surrounding neurodivergent people are endless, and this often makes them feel incapable of performing tasks that they would otherwise excel at. Introducing unconscious bias training to everyone within an organization can be incredibly beneficial for maintaining a healthy work environment.

Whether you know someone who identifies as neurodivergent, or yourself, we can all agree that advocating for and normalizing neurological differences in the workplace is important. By embracing human differences and informing each other on topics such as neurodiversity, we can work towards making the workplace a more accessible, inclusive place.

To learn how to begin to create more adaptable policies and frameworks for your teams, you can leverage resources on open organizations to help get started.

With an academic background in psychology and health, I aim to both share and expand my knowledge of living a healthful life. We all possess the power to change and better our lives, as well as the lives of those around us. I aspire to instill this belief in others while effectively improving the lives of those who are ready for positive change. I am an advocate for shining a spotlight on and better recognizing mental health as a crucial dimension of wellness. The most beneficial skill that one can acquire is that of gaining insight; this can be achieved by promoting open communication, inclusivity, transparency, and a strong sense of community across the board. 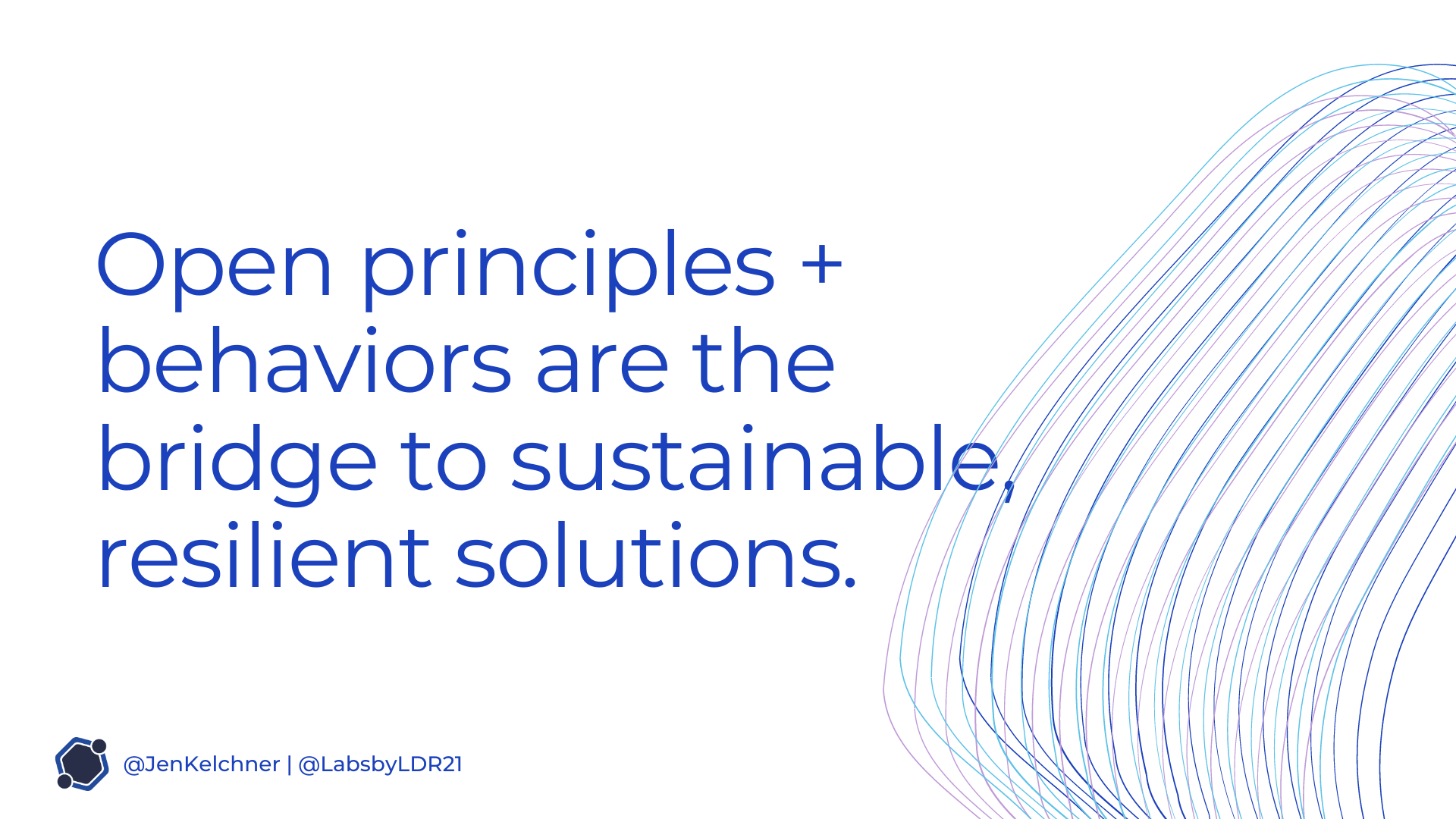 What is the greatest challenge organizations face today? Jen Kelchner on ABM_FM